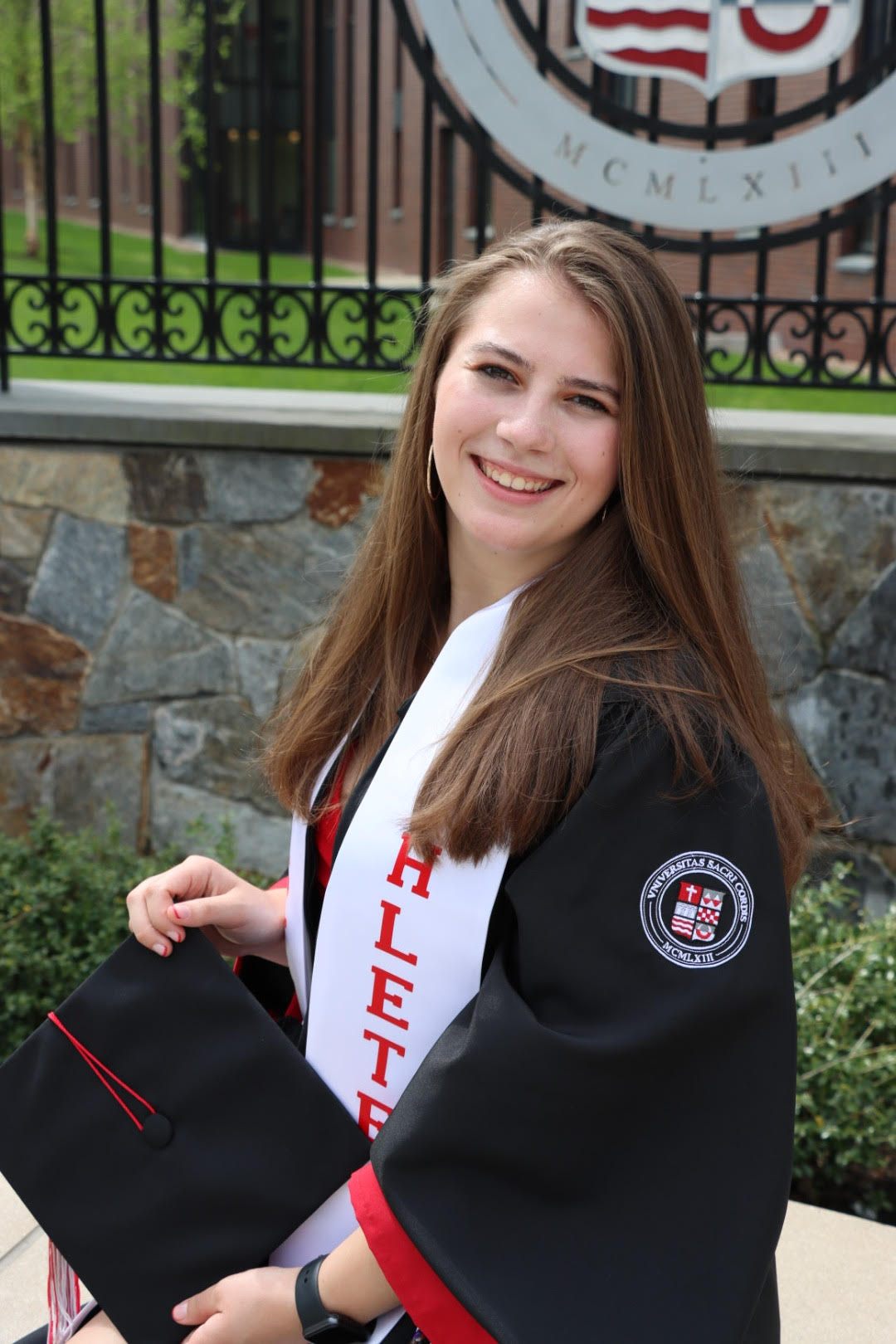 ALL OAA News Our Kids

Hi my name is Taryn and on January 30, 2000, I was born at 3:15pm at Jefferson Hospital in Philadelphia, Pennsylvania and weighed 7 pounds 1 ounce. When I was born, nothing seemed out of the ordinary. After being brought home, I became very lethargic and couldn’t remain awake while breastfeeding. My parents went back and forth with the pediatrician trialing me on different formulas. I vomited with every formula that I tried, and as a result, I started losing weight. In the first week of life, I dropped down to 5 pounds! My mother was at the doctor’s office every day and kept telling them that something is wrong. When I was around 8 days old, I was admitted to a local hospital in southern NJ and they had no insight as to what was wrong with me. They thought that I was dehydrated, and that my kidneys weren’t working properly. The local hospital called in a nephrologist from Children’s Hospital of Philadelphia (CHOP) and after examination, the nephrologist believed that I could have a metabolic disorder, so I was then transferred to CHOP.  My mom vividly remembers calling the doctor after she was told this information, asking questions like what is a metabolic disorder? And how serious is this? In response the doctors said that some metabolic disorders can be managed, while others are so severe that the child won’t survive. Around midnight on my tenth day of life, I was transferred to CHOP in an incubator riding in an ambulance. My father remembers driving behind the ambulance till this day, crying and fearful, wondering if I would make it or not. Around 1am, we made it to CHOP and the doctors drew blood from my head, arms, feet, legs, and hands. My veins were so small from the dehydration after not eating and vomiting all the time. The next morning, I was diagnosed with Methylmalonic Acidemia (MMA) by Dr. Charles Venditti. To determine the type, I had a skin biopsy sent to McGill University, which later revealed that I had Cobalamin A type.

Following my diagnosis, I needed to follow a low protein diet, and receive hydroxocobalamin injections (1 mg) every other day. As a baby, I used three different formulas: Similac with iron, Propimex, and Pro-Phree. I continued to drink Pro-Phree as supplemental calories until the age of 10. I discontinued the formula when Dr. Venditti informed me that I didn’t need the extra calories as I was getting enough calories from regular food. As a young child, my parents told me that getting me to eat was a struggle, and the one food they could get me to eat was French fries. I mean, who doesn’t like French fries? As I got older, I started branching out, eating different foods, and wanting to eat more. Then became the struggle of wanting to eat more but wasn’t able to due to the low protein diet.

Overall, I had a normal childhood, I tried many different sports, including soccer, softball, ice hockey, and volleyball, but the activities that I have continued with are dance and kung fu. I have always loved dance, especially in the styles of tap and hip hop. I started off doing dance for fun and performing in recitals at the end of the dance season, but when I was in high school, my dance studio closed and then I joined a studio that competed, where I won multiple awards with my tap solos, as well as group dances with my fellow teammates. I was able to continue dancing on the dance team as an NCAA Division I athlete throughout my college career, performing at football and basketball games. In kung fu, I have been able to reach 3rd degree black belt and am still continuing my training. I was honored to go on a trip to China in 2018 and train with the Shaolin monks and perform in front of the Abbott of the Shaolin Temple.

After graduating high school in 2018, I attended Sacred Heart University in the Davis and Henley College of Nursing in Fairfield, CT. This was the first time I was living on my own and was a big step, especially in managing my metabolic disorder. Although I had been counting my grams of protein and doing my daily injections while at home, it was a very different experience while in college. While living on campus my freshman year, I had limited options when it came to meals because I wasn’t allowed to have my car and didn’t have the capability to prepare my own meals because all I had was a microwave. Most of the time, I would eat Kraft mac and cheese, ramen, or get a grilled cheese or an egg and cheese breakfast sandwich from the dining hall. Sophomore year was a little different, as I lived in a hotel for about half the year. I still didn’t have a kitchen but was able to have access to different food places because I was able to have my car. After living in the hotel, I moved into my sophomore dorm room and lived in it for about a month and a half, then COVID hit. School moved to online and remained that way until the end of my sophomore year. To some college kids, moving back home was a struggle, but I saw it as an opportunity. I was able to finish out the year strong because I didn’t have all of those distractions of college, like parties. Speaking of parties, drinking was a new experience where I learned to deal with peer pressure. I felt like I was able to say no in social drinking situations and was able to become the “mom” of my friend group. I always made sure that everyone was being safe and were not getting taken advantage of. Going into my junior year was the start of my clinical hours for nursing school. In my junior and senior year combined, I completed over 500 hours of clinical experience, ranging from 6 hour shifts to 12-hour shifts. During the 12-hour shifts, I had difficulty trying to eat every 4 to 6 hours.

Throughout my 22 years of having this metabolic disorder, doctors tried different routes for my hydroxocobalamin, including varying dosages and frequency. I was initially receiving 1 mg of hydroxocobalamin, then 5 mg, now 10 mg. I also tried taking my hydroxocobalamin orally in formula, but found it was not absorbed as well, so back to injections again. In order to manage my MMA now, my dietary restrictions include 50 to 60 grams of protein per day, as well as daily hydroxocobalamin injections (10 mg) and oral levocarnitine (330 mg twice daily). I also take supplements such as, Vitamin C, calcium, a multivitamin, a probiotic, and DHA. I am currently followed by Dr. Michele Spencer-Manzon at Yale New Haven Hospital Metabolic Clinic.

I live in Ridgefield, CT with my father, Stewart, my mother, Laura, my sister, Nicole, my brother-in-law, Ty, and my brother, Patrick. My boyfriend, who I met my freshman year of college, lives in New Jersey and don’t get to see him very often, but always find time to go onto little trips together. I graduated from college in May, passed my NCLEX (the nursing board exam) at the end of June, and started working as a registered nurse at Stamford Hospital in Stamford, CT in July. Working as a nurse and trying to find time to eat every 4 to 6 hours is difficult so I bring different snacks to eat throughout the day. I live at home and am saving up money in order to get a place closer to work in the future. I continue to train in kung fu and hope to find time to take some tap dance classes.

I attended my first OAA conference in 2010, when I was 10 years old, but didn’t really comprehend everything that was going on. Thankfully, I attended the most recent OAA Conference with my mother, and brother, who just started medical school. I met some amazing people while I was there, like Johnny Tate and his family, where we found out that we were both at CHOP around the same time of diagnoses. I also met Michael Clapcich and his mother who were very welcoming and fun to talk to. In addition, I wanted to thank Dr. Charles Venditti and praise him for all of the research that he has done on MMA and the progress he has made on the development of a cure. I have a greater appreciation and understanding of my disorder, as well as other organic acidemia disorders and hope to continue my learning as a nurse.

My metabolic disorder is part of me, but I have never let it limit me in life.