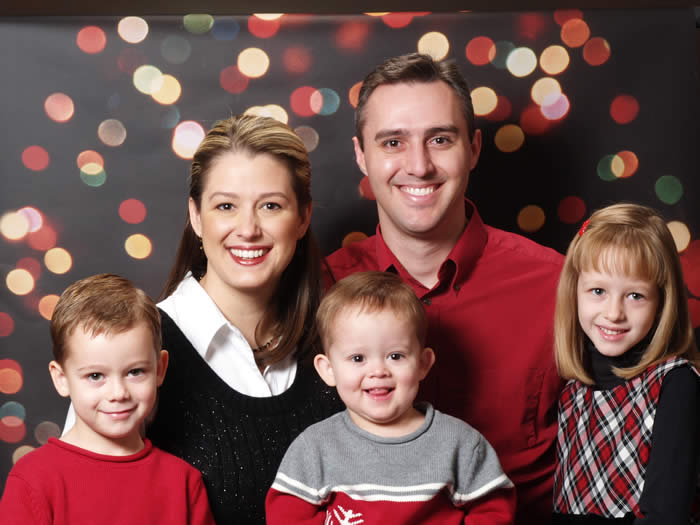 Today is Halloween. I am busy with all of the last minute preparations of finding shoes to wear with costumes, remembering where I put the pumpkin candy holders, and hoping the weather cooperates for trick-or-treating tonight. Along with all of the fun and excitement there lingers in the back of my mind a sense of grieving and sorrow. Two years ago, Halloween was a fun and carefree holiday and then my life changed forever.

Carson Alexander was born October 27, 2004; his Grandpa Ray’s birthday. He arrived with an uneventful birth, came home from the hospital and was welcomed by his sister Maddie, brother William, and Grammy. All in his first week of life we celebrated his homecoming, Halloween, then my birthday, but I will never forget the day Grammy left.

dropped my mother off at the airport and then headed off to see our pediatrician for Carson’s seven day check up. Dr. Fiona Rubenstein had become a dear friend and I couldn’t wait for her to meet Carson. We were shown to the exam room and waited briefly. As Fiona entered she greeted us with her normal cheerfulness and asked me to be seated. At the time I thought she was just being considerate. I soon realized however that it was much more than that. She proceeded to tell me that Carson’s newborn screen results had come back abnormally and that he needed further testing. She told me that the disorder identified was so incredibly rare that chances were it was just a false result. To be cautious however, she had him admitted to the hospital for jaundice and to keep an eye on him. We spent our first night in the hospital that night but little did we know that we would spend a majority of the next two years there as well.

Within the week Carson caught his first cold and had to be transported to Cleveland Clinic by ambulance. As he was being admitted the doctors asked tons of questions. One of the doctoral residents just happened to ask if there was anything else they should know about. I told him that Carson’s newborn screen had come back abnormal and within minutes he had printed off a protocol to follow in caring for him. We still had not gotten the confirmation test results back so we didn’t know if Carson really had this rare disorder but the doctor’s treated him with the protocol anyway. In hindsight, I truly believe it was a factor in saving his life.

A few days later we received confirmation from our doctor, Carson does in fact have Glutaric Acidemia Type 1. I had to ask several times just how to pronounce the name let alone understand what it was. We then began a series of meetings with specialists. For the next year Carson ended up in the hospital almost every 2 to 3 weeks due to poor feeding, bronchiolitis, high fever, and cold symptoms. He had a metabolic crisis at 4 months old and mild brain injury was confirmed with MRI. It has been a long two years of over 20 hospital stays, central line and g-tube placements, three nasty line infections, fighting off normal childhood ailments like colds and respiratory infections, speech, physical, and occupation therapy. Sometimes it seems like the only thing Carson didn’t get was an oil change and tire rotation.

There have been a number of things that seem to have made Carson’s treatment successful and given us comfort and encouragement as we have endeavored to “live normally.” We have some of the most loving family and friends one could ever hope for. Our families and our church family pray daily and have been known to drop everything and get in the car or on a plane to come to our aid. Our specialists: Dr. Shawn McCandless, Dr. Art Zinn, Dr. Douglas Kerr, Dr. Sumit Parikh, RD Judy McConnell, Dr. Tom Phelps, Dr. Maria Couthino, Dr. Walter Chwalz, RN Patti Smith, RN Kathleen Nolan and a host of other doctors and nurses at Rainbow Babies and Children Hospital and Cleveland Clinic have invested in Carson’s life not just his illness. They have helped us by seeing Carson not just as a sick child but a child who happens to have an illness. My greatest joy in working with these amazingly competent people is watching them smile, talk, and enjoy Carson while treating him. God has given us so many experiences and so many people to be thankful for.

I said earlier that in the back of my mind there is grieving and sorrow over many things: the loss of dreams and plans, the loss of time with my other two children, and the loss of that sense of normalcy are just a few. It needs to be said however that these things truly are just in the back of my mind. What is most important is what resides in my daily thoughts. Where I live and strive daily is a life developing new dreams and plans, a life making the most out of the moments I have with my other two kids instead of regretting the time lost, a life of abundanceinstead of normalcy, but most of all just simply living life today as faithfully and joyfully as possible. Carson’s life has been marked by suffering but it has been defined by love, laughing and joy. We will never look back and regret a moment of Carson’s life because we know that God’s plans are greater than our own. We would never trade the lessons and experiences Carson has had and will continue to learn from and the perspective and growth we have experienced as well. It has been a life well worth it.

Picture Melissa, husband David, Carson, and Madison is 6 and son William is 4.