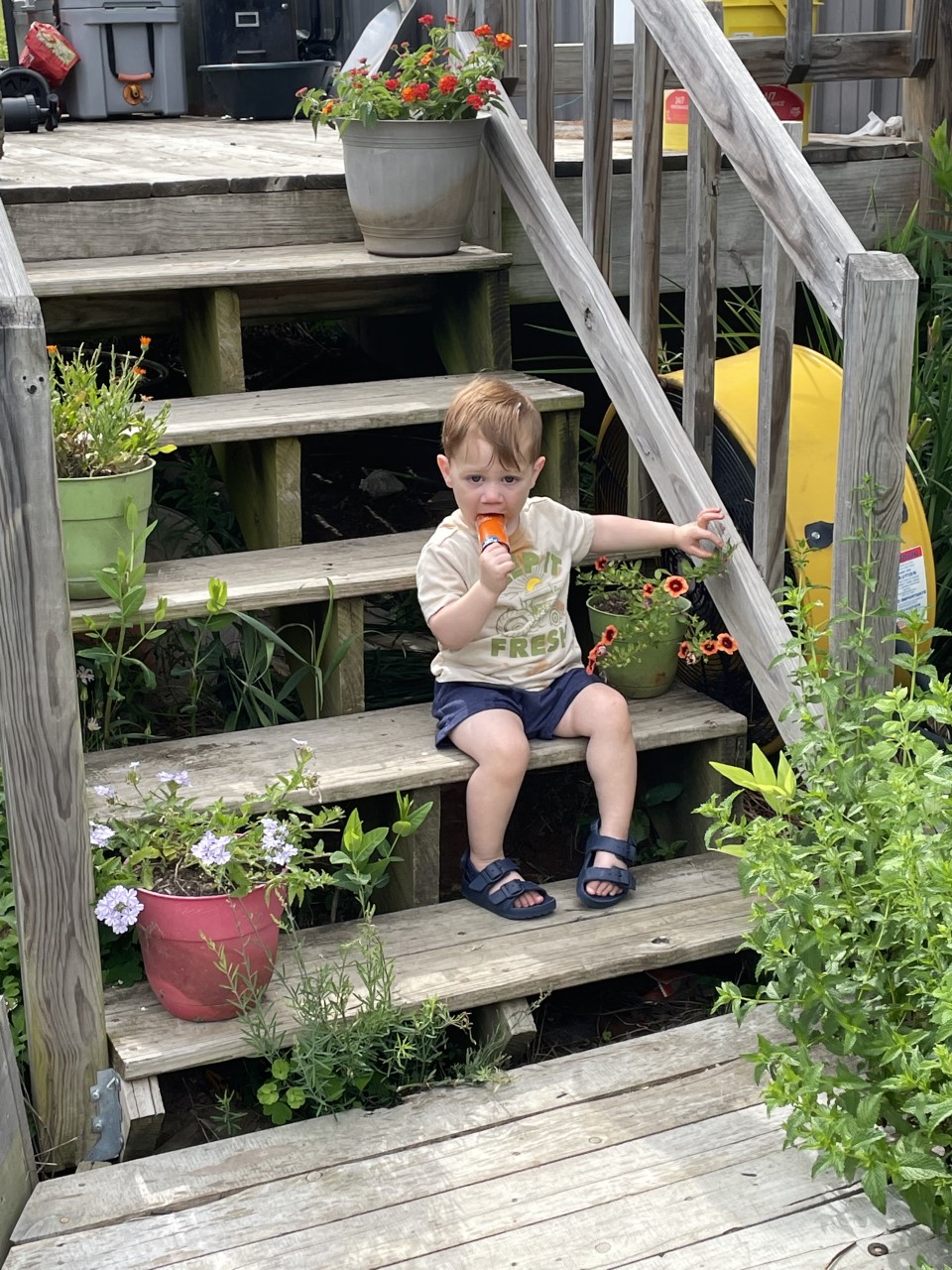 ALL OAA News Our Kids

Henry was born in 2020 in Missouri. I had a normal pregnancy and delivery. He was born at 39 weeks, but only weighed 5lbs 13oz. This was my first clue that something was up. We struggled to keep his sugars where they needed to be after delivery, but they assured me this was common in the low weight babies and not to worry. We went home a couple of days later.   The day after we got home, I got a call from a genetic counselor telling me Henry had markers show up on his newborn screening. They couldn’t tell me if anything was definitely wrong or not, but they did say that if something was wrong, it could potentially be very serious. They told me to feed him every 3 hours, and if he started to not tolerate his feeds then to take him to an ER. The only thing I noticed was he did seem to sleep a lot, but he was a newborn so I didn’t think too much of it. We ended up having blood drawn and starting an oral med while we waited for some results. We also ended up doing an injection 1-2 times a week until we got the results back, which seemed to take forever. We finally were told that it was cblC and that Henry would have to eat on a strict schedule and that he would have to take lots of meds including a daily shot that we were trained to do.

This was an incredibly difficult time. Waiting was the worst, not knowing what was wrong, let alone how to fix it and having this TINY baby to take care of. Then having to go through all the blood draws and having to do shots, it’s so hard to watch your little one go through all that. Being the one to actually give the shots was hard too, i was the one hurting him.   Once we got him on all the meds he needed, we finally were able to start trying to settle in and form a routine. Henry grew well and met all of his milestones. He is a ridiculously happy child who is absolutely bursting with personality. He’s always been very alert, even as a newborn, when he was awake he was very focused on you. He runs around with his older siblings all the time and is very bossy with them. Being outside is definitely his favorite. So far Henry has been asymptomatic, with the meds his levels are well controlled. He’s a little delayed in his speech, but it’s hard to say if that’s due to his disease or just because he’s the baby and we all cater him. Having a child with a rare disease is ridiculously hard. The unknowns, the worries, the “what ifs”, the treatments and schedules, the appointments and lab draws, and medical bills. It’s a lot, and it’s hard to watch him go through it all. But it is also so much more than worth it. Henry is thriving and he enjoys life every day, even on the hard ones. We are so grateful God gave us this beautiful boy.