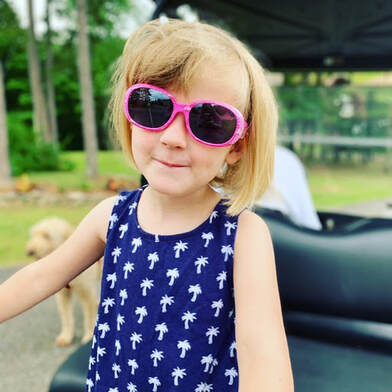 After an easy birth our little Lydia was born on a Monday in late September. The doctors said she was healthy, and we started trying to breastfeed right away. She just wasn’t interested. The nurses said this was common, and many babies are more interested in sleeping after their busy day of being born. We thought nothing of it and spent the next few hours showing off our little to her new family.

When it came time to try feeding her again, Lydia was still very sleepy. The nurses decided to undress her and rub a cold cloth on her back to get her to wake up. As we were trying to get her to latch, Lydia kept falling back to sleep. Again the nurses said not to be concerned because many moms have trouble getting their babies to breastfeed.

Somewhere in the middle of that night I got frustrated and asked for a bottle and formula for Lydia. I was a new mom, and I feared what might happen if she never ate. I wanted to breastfeed our little girl, and the fact that I couldn’t was deflating. Even then we still we had a hard time keeping her awake long enough to eat.

In the morning, we saw the pediatrician who told us that sometimes babies are just sleepy, and she would eat when she was hungry. Babies have very tiny stomachs after all and they don’t need much to eat. He suggested that I pump what I could, and we could supplement with formula. If she wouldn’t drink from a bottle, we could feed her a few milliliters at a time with a little syringe. So, home we went with our new baby.

​That week we went back to the pediatrician for Lydia’s first checkup. She had lost more than 10% of her birthweight. The pediatrician said that most babies lose weight after birth, but this is a little more than normal. The doctor told us to try feeding her more often, gave us some vitamins for Lydia, and told us to come back in three days to see if she had put on weight. We went home thinking we had a plan that would work.

Around 3:30 that afternoon we got a call from a doctor we had never met about Lydia’s newborn screening. I knew she had been tested in the hospital, but I really didn’t know much at all about the screening, or what would make it come back abnormal.  But something was wrong, and the doctor wanted us to go immediately back to the hospital for more testing.

We brought our tiny little baby back in for the required labs, and they found her blood glucose was at 30. That’s low. Very, very low. They told us to stop feeding her and put her on an IV. This was the first time a nurse looked nervous. They rushed us from the lab to the ER and had an ambulance drive us to LeBonheur, our local children’s hospital. That was a very scary ride.
​
Once we arrived at LeBonheur, we stayed in the ER until the genetics doctor could come explain to us what was happening. Two ER doctors told us that they were not able to explain because what she had was too complicated, very scary.  Dr. Ward arrived and started explaining organic acidemia. She knew Lydia had one of the disorders in that category, but it would take more testing to find out which one.

After talking to her and Lydia’s blood glucose stabilized, they moved us to a room. There was a tiny little bed for Lydia and a couch for us. The nurses came in every three hours for blood work. I was hysterical from having just had a baby and having no sleep and now living in a hospital. It took 5 days to get the test results back. We were waiting to find out which specific organic acidemia she had. At ten days old Lydia was diagnosed with 3-MCC (3-Methylcrotonyl-CoA Carboxylase Deficiency).

Since then she has been relatively healthy. Lydia has only been hospitalized three more times due to stomach bugs.  She is on a restricted diet and still drinks her I-Valex 2 everyday, but she loves her food and does really well with her diet.  She’s a wonderfully normal little girl who loves to swim and boss the dog around.  What started as a very scary time now seems like a life we can manage with the help and support of trusted healthcare professionals. We are looking forward to a very bright future!

From the Summer 2019 OAA Newsletter