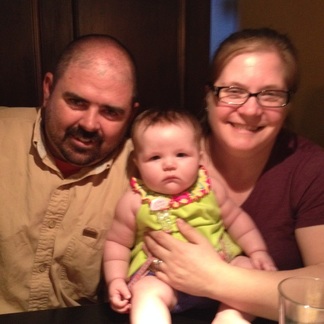 Our adventure started December 17, 2015. Elizabeth was born on her dad’s birthday. Everything seemed normal, first dirty diaper, hearing test, and heal pricks. When she was two days old, she started losing her body temperature, being lethargic, and not interested in eating. Before she was taken to the Special Care Unit, the nurses tried to get Elizabeth to drink formula from a bottle, and had a warmer brought into our room, for her to keep her body temperature. She was not in the Special Care Unit for very long, before going to the NICU. While in the NICU Elizabeth had more tests run, including an EKG, and doctors were directed by Children’s Mercy Hospital, to place her on a glucose drip.

Early the next morning, Jonathan (dad) went down to the NICU to see Elizabeth and came back up shortly to say that they were taking Elizabeth to Kansas City. We knew that they don’t take kids to Children’s Mercy for minor issues. Elizabeth was 3 days old when she took her first airplane ride in a fixed wing airplane, with her dad and the medical crew. A trip that would normally take 3 hours on the turnpike was a 27 minute trip, thanks to good headwind. The contraption they put her in, for the plane ride reminded me a scene from ET.

When Elizabeth got to Kansas City, she was assessed and it was decided, the best course of action was to put her on dialysis to clean her blood, as there were toxins that had built up. She was on dialysis for a total of 8 hours, and was under constant care in the PICU. After I was discharged in Wichita, I quickly packed what I thought we might need for who knows how long in Kansas City and away we went. It didn’t take very long to determine that Elizabeth had a metabolic condition. We were told it was either Methylmalonic Acidemia (MMA) or Propionic Acidemia (PA) at first, and then it was narrowed down to PA. We spoke with several doctors and specialist, and were thrown a bunch information and terms that now occur in normal conversation. Not long after her diagnosis, we were told we each had a recessive gene, and that there had been a 25% chance that Elizabeth would get this disorder. This was news to us, as neither of us had heard of this condition, let alone had a family member with it.

We remained in the PICU for several weeks; to be sure her little system was stable enough to move to the regular pediatric floor. We were so very impressed with the medical staff at Children’s Mercy, and still speak very highly of them. We were so grateful to have the Ronald McDonald House available to us the month, we were in Kansas City. On Christmas Eve, I got an early present and was able to hold Elizabeth, for the first time, since leaving Wichita 5 days previous. This lasted less than a day, because she was having problems breathing, and was intubated for a second time on Christmas Day.

A couple weeks into our hospital stay, Elizabeth’s personality started to come out, she was, and still is pretty chill except when she is messed with or has a dirty diaper. Her dark blue eyes have since turned more hazel, and the dark hair she had is gone, and is now more of a dark strawberry blonde. As the time went by in the PICU, lines and tubes were slowly removed as she improved and grew stronger. Elizabeth had a g-tube placed just before she was a month old. It has been incredibly helpful, especially when she stopped taking the bottle, since she is unable to fast.

Though she will be on a restricted diet as she grows up, she has overcome so many hurdles already; I know that she will handle whatever comes, with grace. 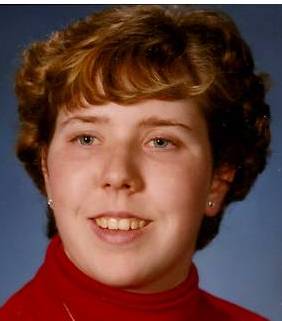 I give you this one thought to keep
I am with you still, I do not sleep
I am a thousand winds that blow
I am the diamond glints on snow
I am the sunlight on ripened grain
I am the gentle Autumn rain
When you awake in the mornings’ hush
I am the swift, uplifting rush
Of quiet birds in circled flight
I am the soft stars that shine at night
Do not think of me as gone —
I am with you still in each new dawn.

Elizabeth Anne, 27, of Fairmount, died Saturday from complications of propionic acidemia, a condition she lived with all her life. Elizabeth brought sunshine and joy wherever she went and to everyone who knew and loved her, especially her family and friends. She gave her all to everything she did, and one of her proudest accomplishments was her graduation from West Genesee High School in 2001. Liz loved swimming, golfing, bowling, casinos and her dog, Clark. She was a communicant of Holy Family Church, where she was a Eucharistic minister and a former member of the adult choir. Elizabeth was predeceased by her brother, R.J. (Richard J. II), and her maternal grandfather, Russell Wightman.
​
Elizabeth leaves behind her loving parents, Richard and Christine Malys; her maternal grandmother, Elizabeth Wightman; her paternal grandparents, Chester and Phil Malys; her aunts and uncles, Russell Wightman, James (Evelyn) Wightman, Anne (Brad) Storrier and Mary Sue (David) Waisman; and many cousins and friends. Rich and Chris would like to thank her friends and staff of Onondaga ARC on Midler Avenue for filling Liz’s days with happiness. A Mass of Christian Burial will be 10 a.m. Wednesday at Holy Family Church. Entombment in St. Mary’s Mausoleum, Dewitt. Friends may call 4 to 7 p.m. Tuesday at Whelan Bros. & Hulchanski Funeral Home, 3700 West Genesee Street. Contributions in memory of Elizabeth may be made to Organic Acidemia Association, 13210-35th Avenue North, Plymouth, MN 55441. Whelan Bros. & Hulchanski Funeral Home 3700 West Genesee St. Syracuse, NY 13219